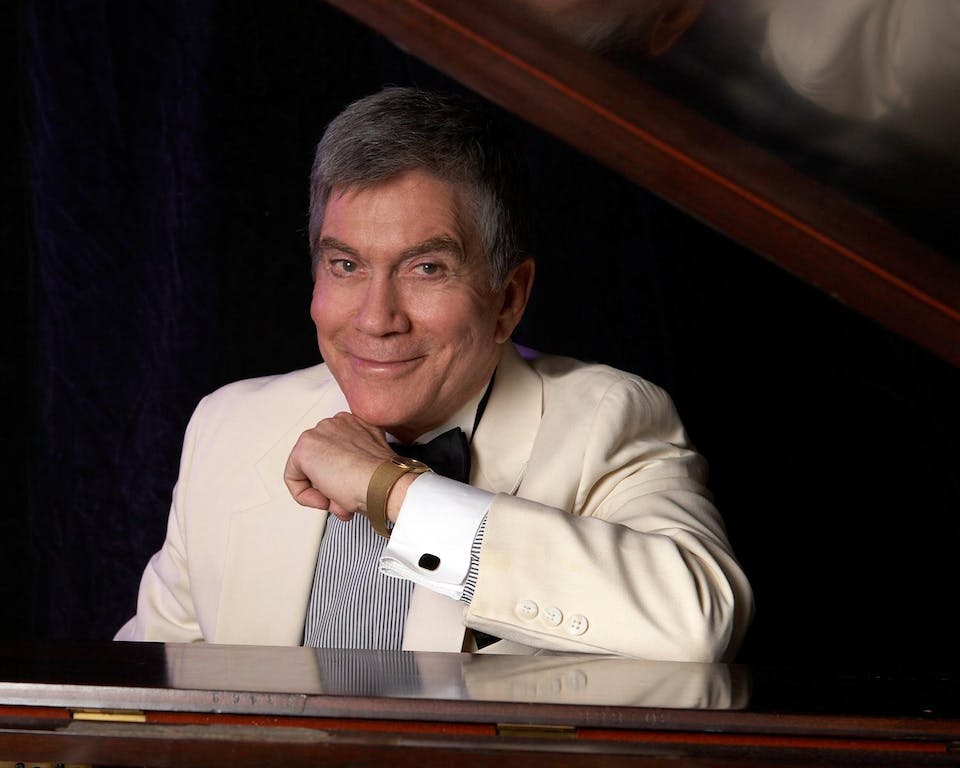 Join at Birdland for The Ronny Whyte Quartet!

Ronny Whyte spent his first six years of life in a log cabin that his father built on the outskirts of Seattle. He would pet the deer and beavers on his way to the outhouse. A far cry from Ronny’s world today. He is considered a premiere interpreter of Classic American Popular Song, an outstanding jazz pianist, and a successful songwriter. He was featured on Marian McPartland’s Piano Jazz on NPR. An ASCAP Award-winning songwriter, his lyric Forget the Woman was recorded by Tony Bennett and his music for The Party Upstairs won the MAC Award for Best Song of 2006. He produces and hosts Midday Jazz Midtown at Saint Peter’s in Manhattan, a weekly concert series. For two years Ronny appeared Off-Broadway in the hit musical Our Sinatra as well as its two national big band tours which played more than 90 cities. He was featured twice at New York’s JVC Jazz Festival, and there was inducted into the Cabaret Jazz Hall of Fame. The Ronny Whyte Trio has performed in concert at Carnegie/Weill Hall, New York’s Town Hall, Washington’s Corcoran Gallery and the Mellon Jazz Festival in Philadelpha. Ronny has had major engagements in New York at the Café Carlyle, Rainbow & Stars, the Oak Room at the Algonquin, and Feinstein’s at the Regency. Abroad he has starred in Paris, Tokyo, Tel Aviv, Sao Paolo, Caracas, and Johannesburg. Ronny often makes guest appearances with symphony orchestras playing his arrangement of Porgy & Bess for Jazz Trio & Orchestra and other Gershwin works. In the theatre he has played such diverse roles as Bobby in Company, Oberon in A Midsummer Night’s Dream, Joey in Pal Joey, and Vernon in They’re Playing Our Song. Mr. Whyte has recorded eleven CDs for Audiophile; his CD All in a Night’s Work was selected “Jazz Album of the Week” by the New York Times. Originally from Seattle, he divides his time between the New York area and his house in Milford, Pennsylvania. When not performing or writing, he is an avid tennis player, gardener, and gourmet cook.