Raga Jazz and the Art of the Songbook at Carnegie Hall, Feat. Charu Suri, Composer and Pianist 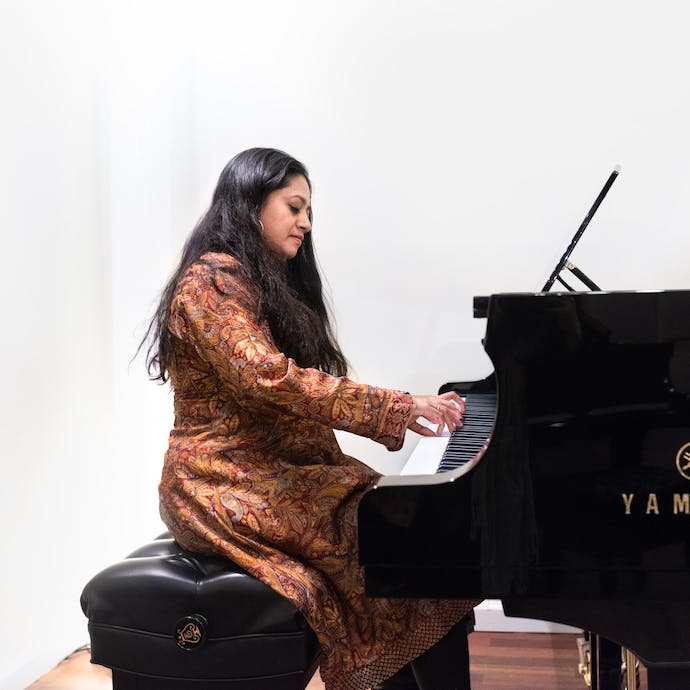 Charu Suri is a pianist and composer who became the first Indian born jazz composer at Carnegie Hall. Her latest album, Book of Ragas. vol 2, debuts on August 6th.

She released “The Book of Ragas” (scored for jazz trio with Sufi singer) and “The New American Songbook” at Carnegie Hall, and has won several Global Music Awards. She is a voting member of the GRAMMYs (Recording Academy). She received six nominations in the International Singer Songwriters Association (ISSA) Awards in 2021, and won a Silver for Band Single of the Year for her original, “Bluesy.” In April she became “Jazz Artist of the Month” and won a gold record from ISSA.

During the Covid-19 Pandemic, she uploaded several jazz performances on her social media channels for some joy and inspiration. Follow her on @charusurimusic on Instagram, and @CharuSuriTrio on Facebook.