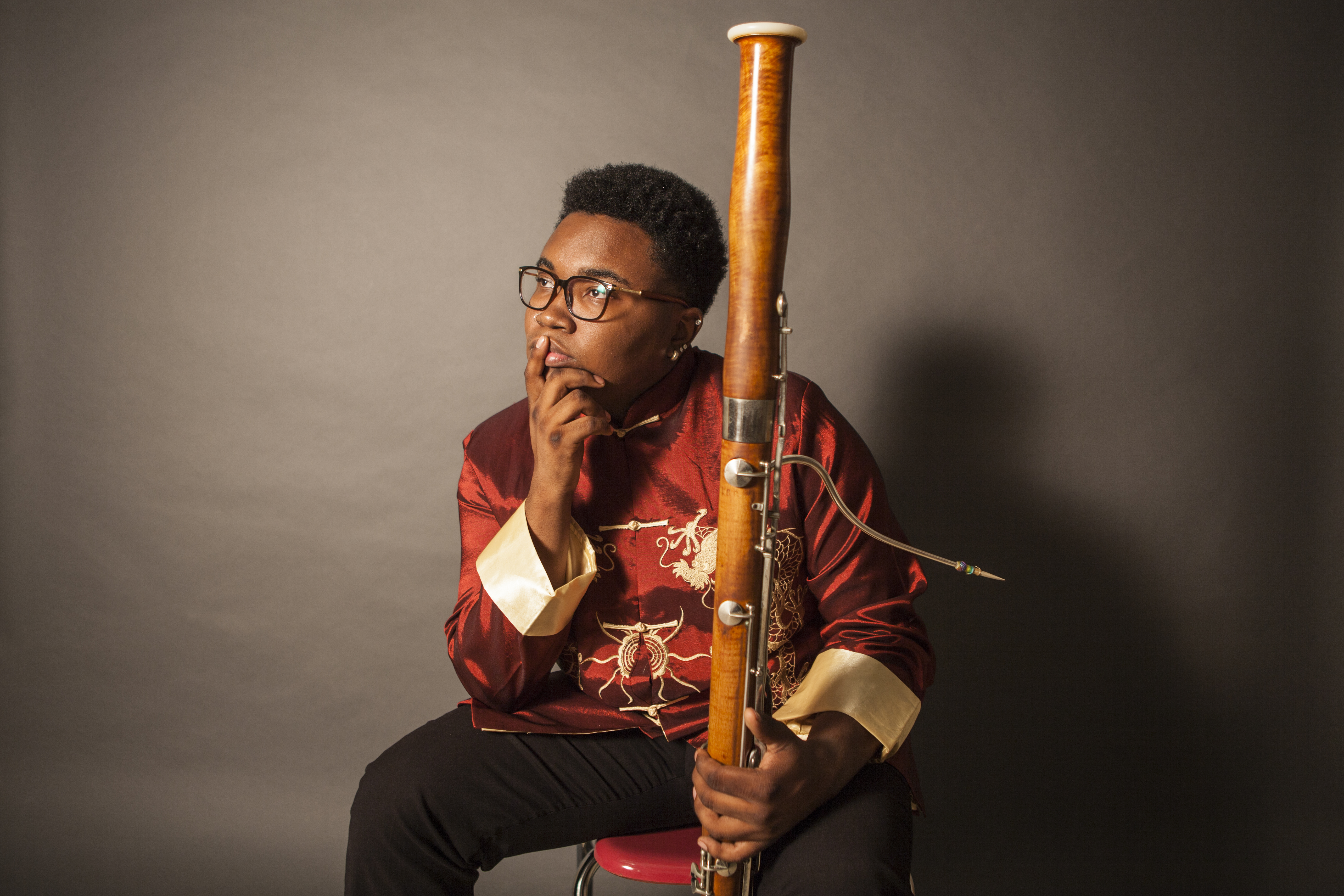 Bassoonist Joshua Elmore, 22, originally from Shaker Heights, Ohio, is currently earning his Bachelor of Music degree at The Juilliard School, studying under Judith LeClair as the proud recipient of a Kovner Fellowship. Joshua has performed with numerous orchestras including the Oregon Symphony, The Charleston Symphony, the Royal Concertgebouw Orchestra, the Juilliard Orchestra, the New York String Orchestra and Carnegie Hall’s National Youth Orchestra of the USA where he toured China and Europe with Charles Dutoit, Valery Gergiev and Christoph Eschenbach. During the summer of 2018, Joshua was chosen to be a fellow at the Music Academy of the West in Santa Barbara, California. At the Music Academy, he was a finalist in the concerto competition and the London Symphony Orchestra Keston Music Academy Exchange Fellowship.Joshua attended the National Orchestra Institute in 2017 and recorded a Grammy-nominated album with Naxos.