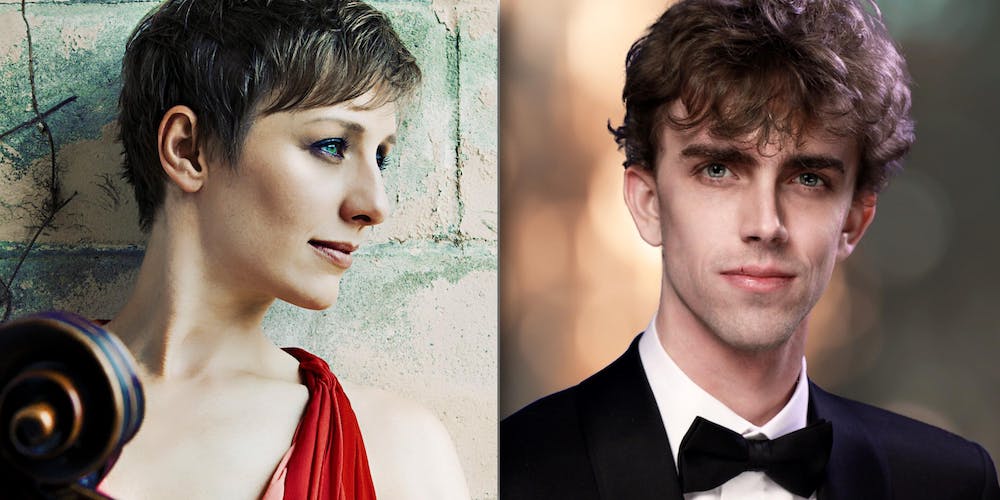 The piano and cello duo of Alexia Pia Gerlach and Reed Tetzloff performs.

Cellist Alexis Gerlach has been lauded by the press for the “gripping emotion” and “powerful artistry” of her interpretations; qualities which have led to a career striking for its wide range of artistic collaborations. She has appeared extensively in recitals and as a soloist with orchestras across the United States, as well as in Europe, Asia, the Middle East and South America, with such conductors as Mstislav Rostropovich, James DePriest and Peter Oundjian.

Ms. Gerlach is a founding member of the acclaimed Trio Solisti, with whom she performs at major venues and series across the US, including their return this season to Weill Recital Hall at Carnegie Hall for a three-concert series. The piano trio has recorded extensively to critical acclaim, including an all-Brahms CD due to be released this spring. As a founding member of Concertante, a string sextet based in New York City, she toured throughout North America, Asia and the Middle East.

Ms. Gerlach has performed at major festivals including Marlboro, Aspen, Bridgehampton, La Musica di Asolo, Caramoor, and as a guest artist with the Chamber Music Society of Lincoln Center. She has played extensively with Musicians from Marlboro, performing on both national and international tours. A frequent collaborator with dancers, Ms. Gerlach has performed as solo cellist with the Paul Taylor Dance Company on tour in India and at New York’s City Center, and in a duo with New York City Ballet principal dancer, Damian Woetzel.

She is active in commissioning and premiering new works from many preeminent composers, such as Kevin Puts, Lowell Liebermann, Shulamit Ran, Richard Danielpour, Tigran Mansurian and Paul Moravec, and has worked with many others including Philip Glass, Thomas Ades, Osvaldo Golijov and Bright Sheng. Ms. Gerlach was born in New York City, and studied with Aldo Parisot at The Juilliard School and The Yale School of Music

“Tetzloff lives through everything he plays – he cannot do otherwise.” ––Klassiek Centraal (Belgium)

The young American pianist, Reed Tetzloff, has distinguished himself as one of the brightest stars of a new generation of musicians. He enthralls audiences with his “magical tone” (The Cincinnati Enquirer) and “ebullient” virtuosity (Gramophone Magazine).

Mr. Tetzloff is performing extensively this year in the United States and Belgium, including a recently concluded residency in the prestigious Grand Teton Music Festival in Jackson Hole, Wyoming. He is a frequent solo and collaborative performer in The Drozdoff Society’s Impromptu Classical Music Recital Series, and is an Artist-In-Residence with the Society.