The Greatest Discoveries, at Roulette Intermedium 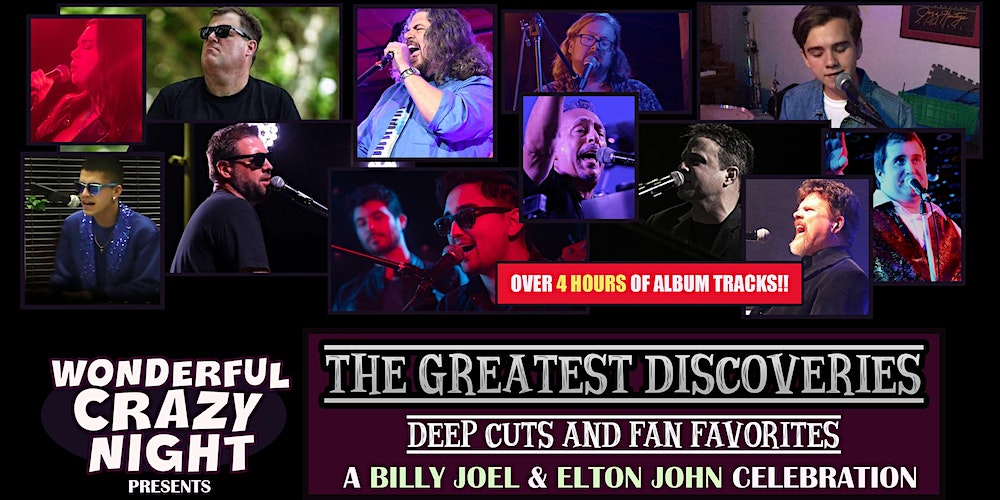 Everyone knows “Your Song” and “Piano Man” … but what if we were tell you there’s an iceberg of treasures beneath the surface of the Elton John and Billy Joel discographies?

“The Greatest Discoveries: Celebrating the deep cuts of Billy Joel and Elton John” is a one-night-only event, presented by Wonderful Crazy Night.