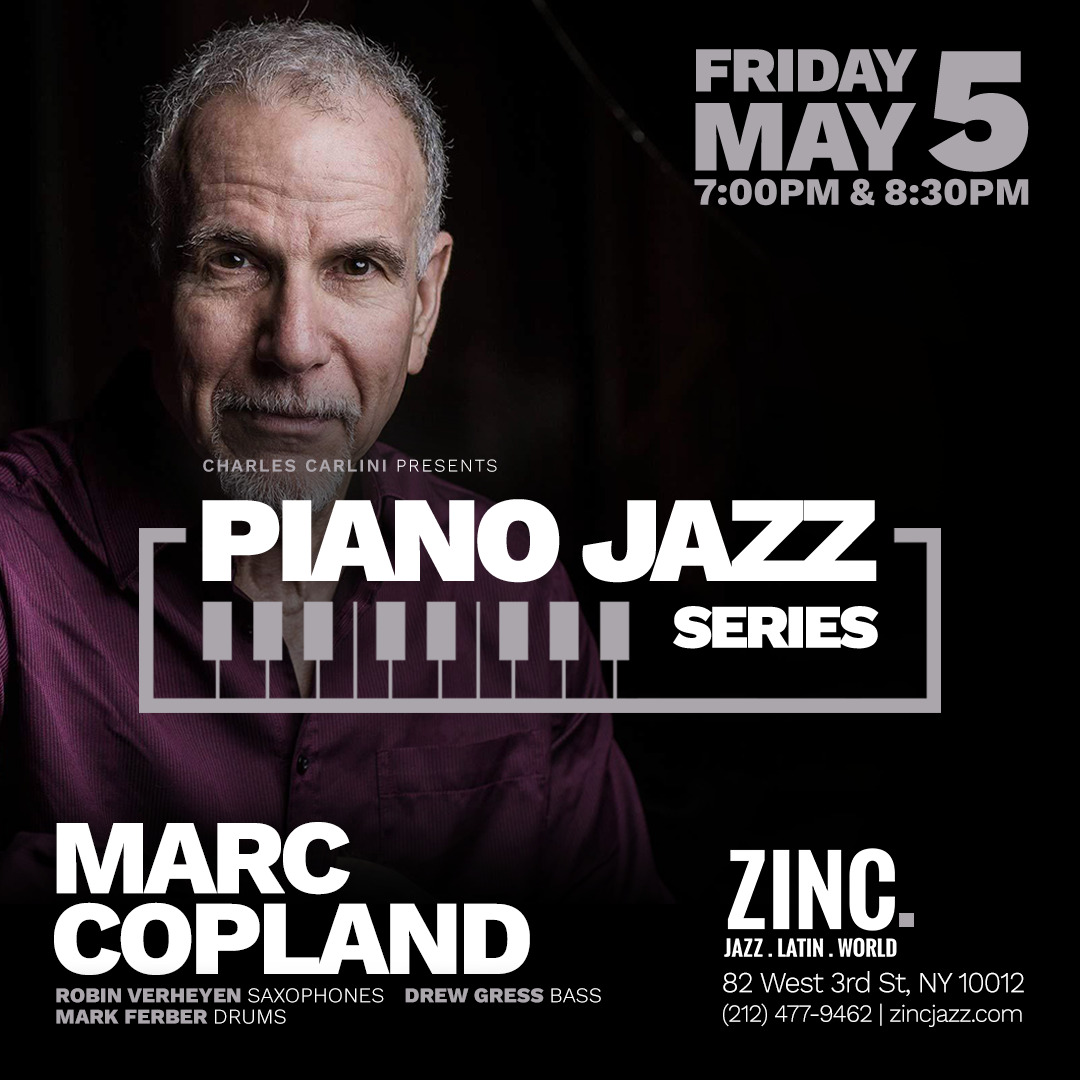 It doesn’t seem right to think of him as an elder statesman, but pianist and composer Marc Copland, (born 1948) has been spinning out sounds like no other pianist since the mid-1970s. His output as a leader is staggering: over 40 critically acclaimed CDs in solos, duos, trios, quartets, and quintets. The albums, recorded for over ten different labels, feature major jazz voices of the past and present: John Abercrombie, Ralph Alessi, Joey Baron, Mike Brecker, Randy Brecker, Dennis Chambers, Mark Ferber, Billy Hart, Dave Liebman, Victor Lewis, Joe Lovano, Greg Osby, Gary Peacock, Bill Stewart, Robin Verheyen, Ken Wheeler, and others. But if you were thinking of Copland as an older musician who has slowed down, stopped developing, and simply resting on his laurels—you couldn’t be more wrong. “I’ve never seen anything like this,” says saxophonist Robin Verheyen. “He’s an inspiration, coming up with new ideas and new sounds all the time. It’s the kind of energy and growth you’d expect from someone in the prime of their creative life. And he’s not only a major voice with such a distinctive sound and approach—you won’t find a better accompanist anywhere.” After years of recording for many of the world’s finest labels (Challenge, ECM, Hatology, \Nagel-Heyer, Pirouet, Savoy, Sketch, Soul Note, etc.), Copland took the plunge in 2016 and started his own label. The pianist’s foray into the record business has grown every year, bucking the general downward trend of cd sales. His latest release, John (illusions / mirage), has received Down Beat magazine’s “Editor’s Pick”, CHOC from Jazz Magazine (France), “CD of the Month” from Stereoplay (Germany), and five stars from both Rondo (Germany) and Neu Zuricher Zeitung (Switzerland). Dan McClenaghan of allaboutjazz.com put it succinctly: “Copland is a genius…he creates the loveliest of sounds.” The respected blog jazzstation awarded him “#1 Acoustic Pianist of the Year” for 2020. For his magical touch, Jazz Thing (Germany) years ago simply dubbed him “the piano whisperer.”