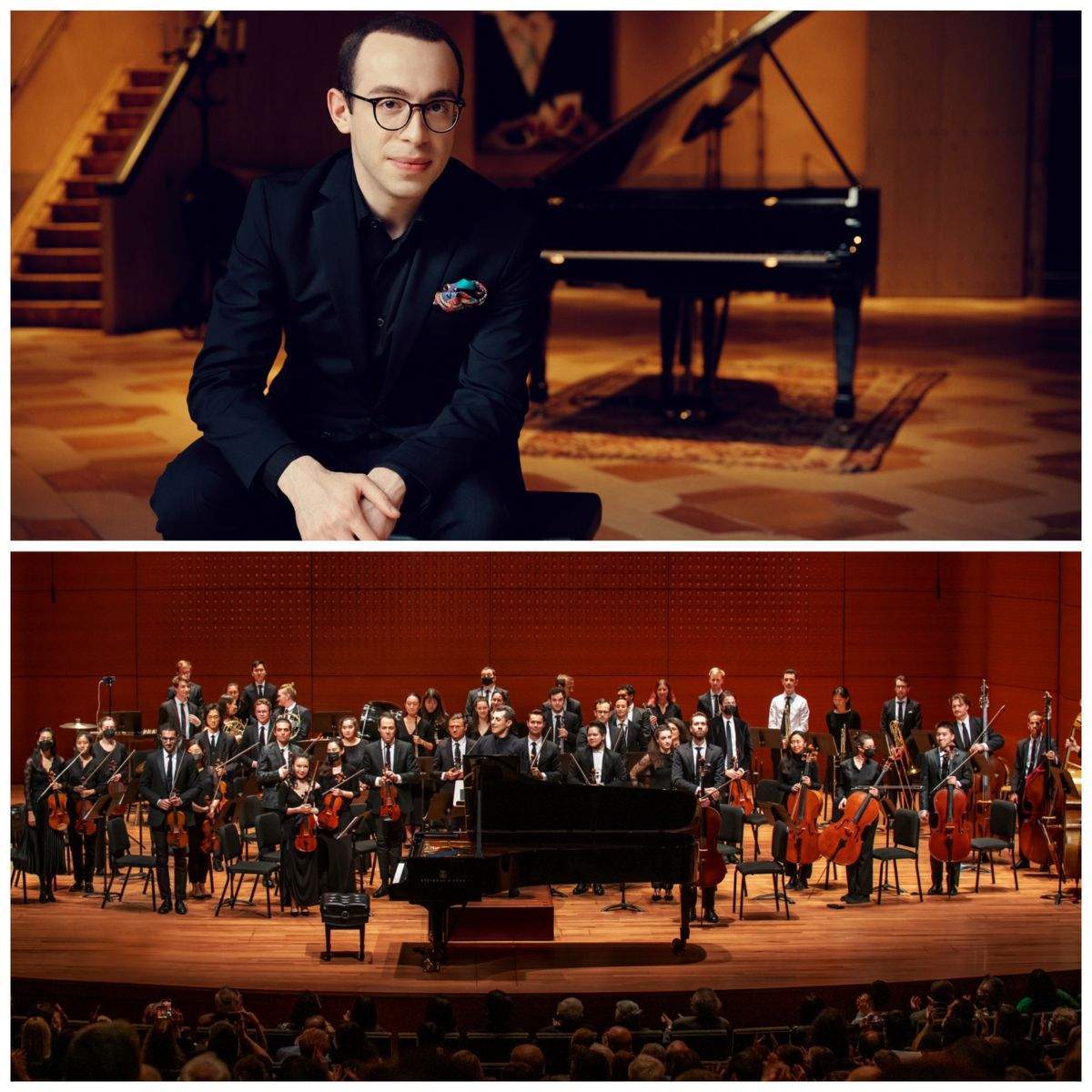 Pegasus: The Orchestra’s founder, principal conductor, and artistic director, Karén Hakobyan, conducts the season’s finale in a commemoration of both Scriabin’s and Rachmaninoff’s 150th anniversaries, as well as their fascinating and complex artistic relationship.
Nicolas Namoradze, piano virtuoso, composer, and First prize winner of the 2018 Honens International Competition, performs Scriabin’s rarely-heard Piano Concerto in F sharp minor, Op. 20. The Orchestra ushers in his performance with Mozart’s Overture to The Marriage of Figaro. Namoradze reciprocates in the second half by offering his arrangement for solo piano of the Adagio from Rachmaninoff’s Symphony No. 2, Op. 27 as a prelude to Mendelssohn’s delightful Symphony No. 4 in A major, Op. 90, the “Italian.”