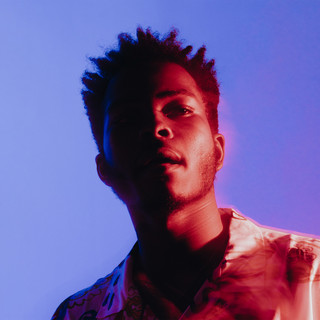 Genre is not so much a box to be confined in as it is a bag of tricks for Bronx-based musician/animator Jhariah Clare to pull from. The multi-disciplinary artist has a compulsion for writing genre-bending, larger-than-life songs, pulling just as much from My Chemical Romance and Panic! At The Disco as he does from Tech N9ne and System Of A Down . So attendees of his live show may be surprised to see him hit the stage with no band in sight – just his drummer and musical collaborator Cole Raser seamlessly transitioning from hard hitting rock cuts, to complex swings fit for a Harlem jazz club. That chameleon-like musicality is exactly what makes the two of them such a fitting duo. Jhariah and Cole met through mutual friends at Pratt Institute, where they’re currently studying 2D animation and film, respectively. They quickly hit it off and before long, Jhariah’s solo project became a duo. The two of them function more as a pair of one-man-bands than two parts of a whole. Both emerging from a generation of increasingly self-sufficient independent musicians, this two piece “band” takes that DIY attitude to heart.