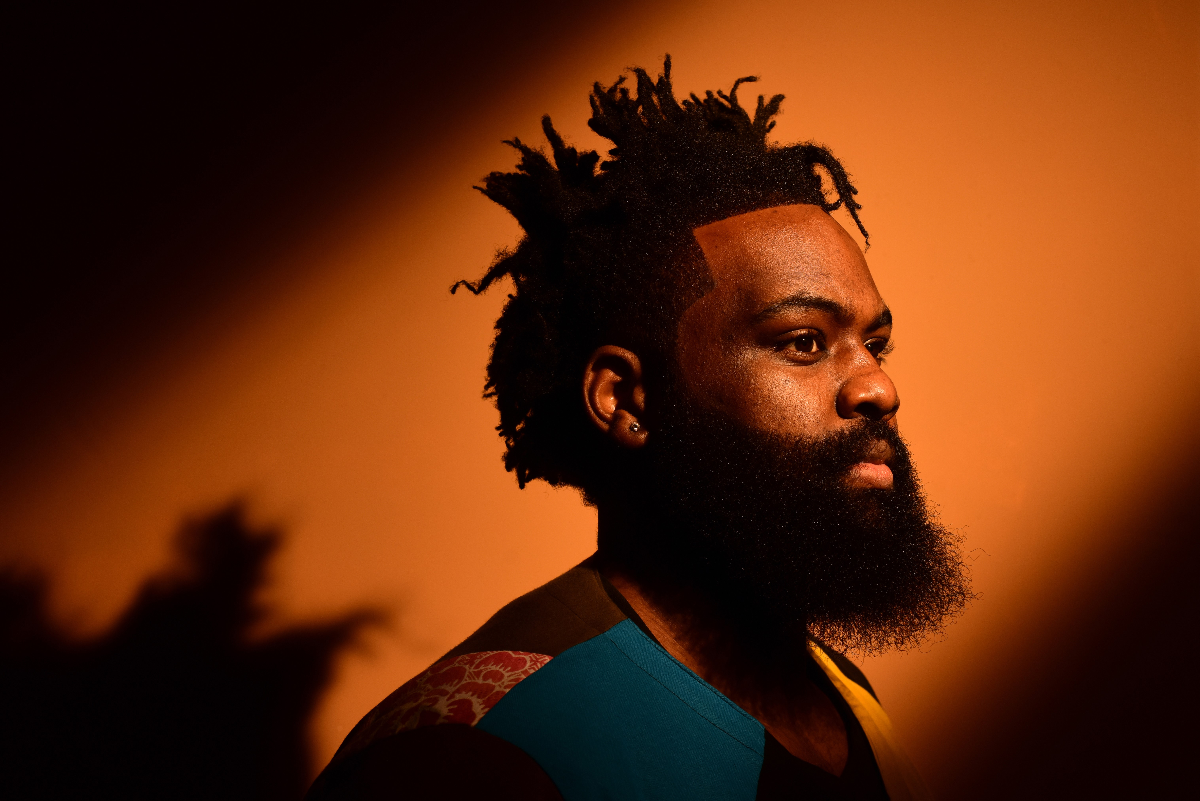 Plenty of young musicians show promise, but very few enjoy the sort of meteoric rise that pianist, keyboardist and composer James Francies is currently experiencing. At only 24, he’s played with jazz headliners like Pat Metheny, Chris Potter, Jeff “Tain” Watts, Stefon Harris, Eric Harland, and Terrace Martin, and racked up equally impressive credits in hip-hop and R&B: from shows with Ms. Lauryn Hill, José James, Common, and NAS, to studio time for Chance the Rapper’s Grammy-winning hit “No Problem”, Mark Ronson , Childish Gambino, YEBBA, Drake, and Kodak Black, to appearances with The Roots on The Tonight Show Starring Jimmy Fallon alongside his mentor and friend Questlove.

Now comes Flight, the extraordinary debut album that welcomes Francies into the storied Blue Note Records family and finds him melding his jazz mastery and pop experience on 11 searching, engaging tracks. But as bold and new as this moment might seem for Francies, it’s also a homecoming, in more ways than one. Francies, like his Blue Note predecessors Robert Glasper, Jason Moran, Chris Dave and Kendrick Scott, is a proud Houstonite and a graduate of that city’s High School for the Performing and Visual Arts (HSPVA), one of the nation’s most reliable incubators for era-defining jazz talent. “Just to follow in their footsteps, let alone in the footsteps of Herbie Hancock, Bud Powell and all of these other artists who recorded for the label, it’s an honor,” Francies says. “And there’s a responsibility that comes with it too.”

Called “a pianist with liquid dynamism in his touch” by the New York Times, Francies started on piano around age 4, with classical training and an education in the music of the church. Blessed with perfect pitch and synesthesia (or the ability to hear in colors), he attended his first jazz concert, by Houston-born piano legend Joe Sample, at age 6, and began studying jazz in junior high. Many deep influences followed, some of them surprising. Along with pianists like Gonzalo Rubalcaba, Mulgrew Miller, Oscar Peterson, Art Tatum and Taylor Eigsti, a longtime friend, Francies points to guitarists Allan Holdsworth and Mike Moreno and such trumpet masters as Nicholas Payton, Freddie Hubbard, Clifford Brown and Lee Morgan. A highly decorated tenure at HSPVA—including spots in the Monterey Jazz Festival’s Next Generation Jazz Orchestra, the Thelonious Monk Institute All-Star Jazz Sextet and the GRAMMY Jazz Session Combo—earned Francies a full scholarship to Manhattan’s New School for Jazz and Contemporary Music.

While he was earning his degree, Francies was also rapidly ascending the jazz ranks and building a professional career. Early bandstand time with Jeff “Tain” Watts helped him cut his teeth and raise his profile, as did his first international tour, with Chris Dave and the Drumhedz. Chris Potter tapped him for his trio along with drummer Eric Harland, and Pat Metheny assembled a trio with Francies and drummer Nate Smith. Francies’ own group, Kinetic, has garnered buzz at events like Newport Jazz Festival, Monterey Jazz Festival, NYC Winterfest, and BRIC JazzFest. He met Questlove and Roots keyboardist James Poyser a few years ago, and since then has become a go-to resource for Quest and company—subbing for Poyser on Roots concerts and The Tonight Show Starring Jimmy Fallon; participating in the Roots-produced Hamilton cast recording, in addition to other film and TV score work organized by Quest; and, currently, collaborating with The Roots emcee Black Thought on a Broadway show.

Francies says that his experiences outside of jazz have helped him with concepts like “assembling sounds, consistency, delivery and the ability to support,” and it certainly isn’t difficult to hear these lessons throughout Flight. An embodiment of the Blue Note ethos at this thriving moment in the label’s history, it’s a dynamic, ultramodern jazz record, infused with pop, hip-hop and R&B, that remains entertaining from start to finish.

James Francies is a Blue Note Recording Artist, endorsed by Yamaha Pianos, Korg Keyboards, and is an IWC Brand Ambassador.