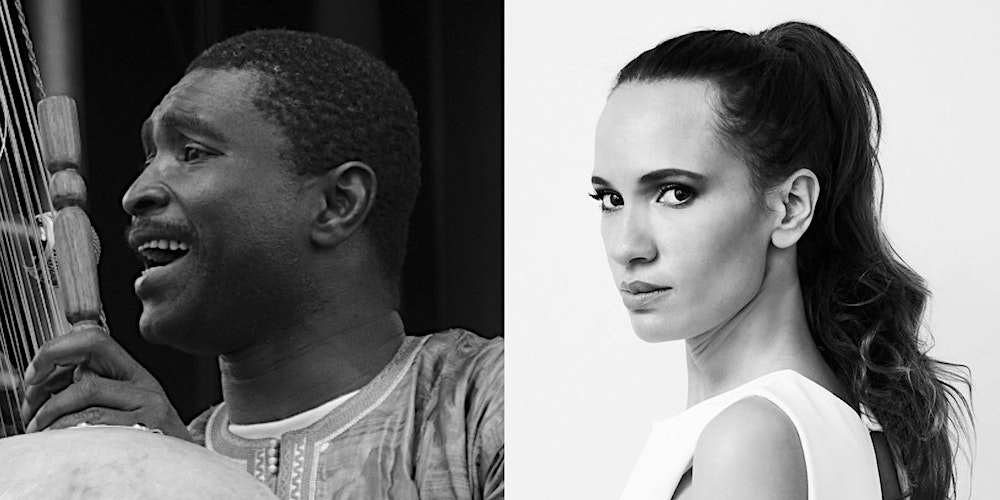 Gambian kora virtuoso Malang Jobarteh and acclaimed pianist Chelsea Randall will join forces for an exciting collaboration exploring the intersections between African music and 20th and 21st century piano repertoire which draws inspiration from and incorporates elements of African rhythms and harmonies. The program will juxtapose traditional and new works for kora with piano pieces by György Ligeti, John Cage, Tania León, Joshua Uzoigwe and Fred Onovwerosuoke, and will feature the world premiere of a new composition for kora and piano written by Jobarteh and Randall. A festive reception will follow the concert. Program TBA.

Hailing from a distinguished lineage of Gambia kora players, Malang Jobarteh carries on the tradition as a prolific kora performer and educator based in New York City. He has presented concerts at the Center for African Studies at Rutgers University, Wave Hill, Basilica Hudson, Longwood Arts Gallery, Northside Music Festival, Bronx Heritage Center, and many more. Jobarteh is a recording artist and has been featured on albums with Boubacar Diebate, Bela Fleck and Dialy Kounda, among others, and was awarded an Arts Fund grant from Bronx Council for the Arts. Jobarteh also serves in many cultural functions. As a Djeli he is personally responsible for maintaining an oral history of many generations before him, and he is called upon in countless social settings to bring people together, sometimes to resolve disputes, and other times to help leaders of the noble class make important decisions. His role is a complex one with many layers, with no direct parallel in American society.

Pianist Chelsea Randall is a multifaceted artists who seeks to create dialogues between the old, new and undiscovered as a performer and collaborator. Highlights of Chelsea’s 2022-2023 Season include the launch of American Mavericks, a performance and commissioning project dedicated to modern Black American composers, an accompanying US tour, lecture/recitals at Universities including Howard, and a forthcoming EP of newly commissioned works by leading Black women composers. In June 2021, as part of Chelsea’s artist residency at the Box Factory in Ridgewood NY, she gave a Juneteenth recital of sonatas by George Walker, and during the pandemic lockdowns presented a series of livestream performances supported by Live From our Living Rooms and Music Talks featuring seldom heard works by Robert Palmer and Ruth Crawford Seeger. She is the co-founder and Director EXTENSITY Concert Series in NY which aims to promote diversity and equity in music. https://www.chelsearandall.com/