Celebrating Grieg and His Circle I, on the Upper West Side 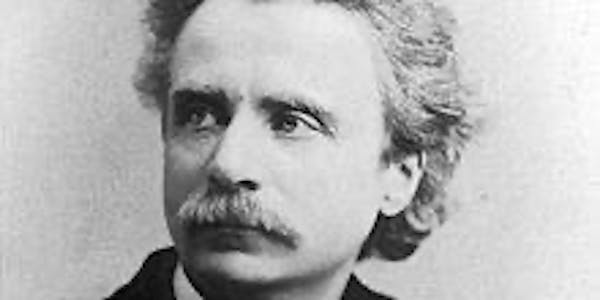 Dear Friends!
On Wednesday, October 3rd, 2018, at 7 p.m. Emilie and I are thrilled to invite you for Part I in CELEBRATION OF GRIEG AND HIS CIRCLE, in tribute to 175th birthday anniversary of Edvard Grieg (1843-1907) – one of the leading Romantic composers whose integration of Norwegian folk music brought the music of Norway to international prominence. Our Grieg-inspired program will feature some of the most exquisite, both beloved and seldom-played, masterworks by Schubert, Brahms, Sibelius, Svendsen, and Grieg. Franz Schubert (1797-1828), known for his precocious talent and an innate gift for melodic lyricism, composed over 600 songs along with seven complete symphonies, sacred music, operas, incidental music, operas, a large body of piano and chamber music in his tragically short lifespan of just 31 years. His elegiac Violin Sonata in G minor, D. 408 (1816-17) is the third and last "Sonatina" that Schubert composed when he was just 19 years old and that was published posthumously in 1828. Inspired by the Mozartean sonata type, it is cast in four short movements: a spirited Allegro giusto, a ruminative Andante, a delightful Menuetto-Trio, and a wistful Allegro moderato finale, which is not without touches of humor. A leading German Romantic composer, pianist, conductor and an avid admirer of the music of Edvard Grieg, Johannes Brahms (1833-1897) composed a vast body of chamber music works, which include his three sonatas for violin and piano. His gloriously lyrical Sonata No. 1 in G Major for violin and piano, op. 78 (1878-79) was written right after his beloved Violin Concerto, op. 77 and the untimely death of Brahms's 24-year-old godson, the violinist and poet, Felix Schumann, in response to which Clara Schumann wrote: "I could not help bursting into tears of joy over it…I wish the last movement could accompany me to the next world." Jean Sibelius (1865-1957) was a Finnish composer and violinist of the late Romantic Era and early 20th century, credited with having helped Finland to develop a national identity during its struggle for independence from Russia. Aside from his seven symphonies, his famous tone poem, Finlandia, and his iconic Violin Concerto, Sibelius also composed a number of works for violin and orchestra, many shorter orchestral pieces, choral works, songs, two Violin Sonatas and numerous character pieces for violin and piano, such as the whimsical Danse caracteristique and the beautiful Berceuse from the Six Pieces, op. 79 (1915-17). Johan Svendsen (1840-1911) was a Norwegian composer, conductor, and violinist who spent most of his life in Copenhagen, Denmark. His output includes two symphonies, a violin concerto, a cello concerto, and the gorgeous Romance in G Major for violin and piano, op. 26 (1881) with its Nordic-flavored Piu mosso middle section. Our program will conclude with Grieg's characterful Violin Sonata No. 2 in G Major, op. 13 (1867), dedicated to Johan Svendsen, which Grieg's teacher, Niels Gade, described as "very Norwegian" and of which a Norwegian composer and pianist, Mon Schjelderup, poetically remarked: "It is the gift to the world of a Man who has also shivered in the cold mists of night." Don't miss this poignant program in Celebration of Grieg and His Circle I!

Emilie and I can't wait to see you all on Wednesday, October 3rd!