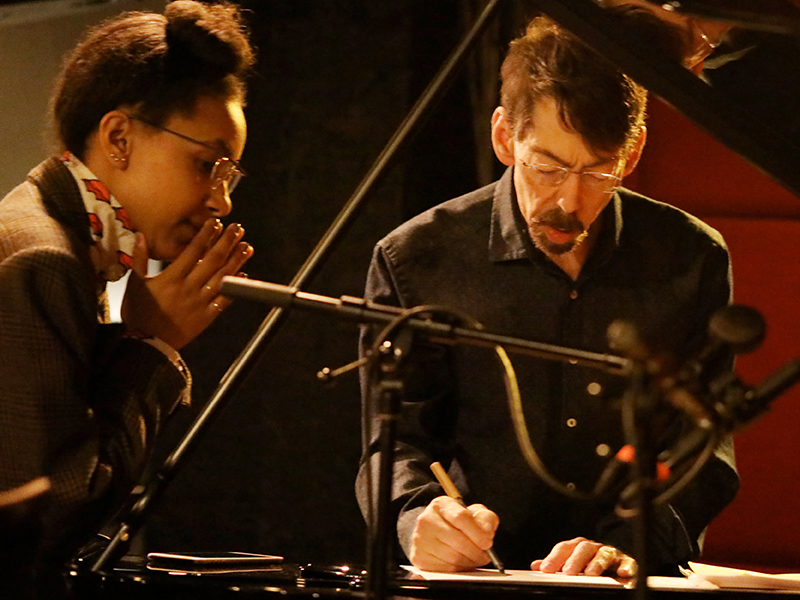 Jazz pianist and composer Fred Hersch and jazz vocalist Esperanza Spalding celebrate the release of their album Alive at the Village Vanguard, recorded at the legendary club for a packed and rapturous audience. Fifteen-time GRAMMY® nominee Hersch, called by The New Yorker “a living legend”— and multiple GRAMMY® winner spalding, whom NPR cites as “the 21st Century’s first jazz genius”—present an evening of songs from the Great American Songbook, music from Brazil and jazz compositions including several penned by Hersch. The remarkable chemistry of Hersch and spalding’s partnership is deep, truly exhilarating and not to be missed.

The American Song series at NJPAC is presented, in part, through the generous support of the Blanche and Irving Laurie Foundation, the David S. Steiner and Sylvia Steiner Charitable Trust, the Joan and Allen Bildner Family Fund, and the Smart Family Foundation/David S. Stone, Esq., Stone & Magnanini.